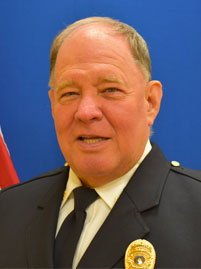 Leo Sokoloski is the director of university police for Bloomsburg University. Leo previously served as the chief of the Bloomsburg Police Department, retiring in June of 2013.

Sokoloski earned a bachelor of arts in criminal justice from King’s College and completed credits toward an advanced degree in criminal justice at Marywood University. He also completed police courses at the University of Louisville and Penn State, and he is a graduate of the FBI National Academy in Quantico, Virginia, and the FBI Law Enforcement Executive Development program at Princeton University.

Sokoloski, who obtained more than $3 million in grants during his tenure as police chief, teaches grant writing and police budgeting.