Skip to main content
For questions about cancellations, program changes, or virtual delivery due to the coronavirus pandemic, please contact us at jasiinquiry@outreach.psu.edu. For the latest updates and information, visit: virusinfo.psu.edu. 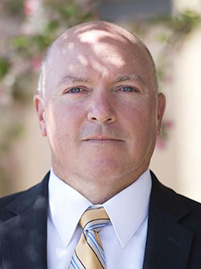 Steven Henry is the chief of police for the Bristol Borough Police Department in Bristol, Pennsylvania. Prior to serving in this role, Steven spent 30 years with the Toms River Police Department, serving in a number of positions, including police captain; lieutenant, special operations; and lieutenant, professional standards unit. He has been teaching with Penn State's Justice and Safety Institute (JASI) since 2006 and spent 20 years as a Police Academy instructor.

Steven holds a bachelor's degree in human services from Thomas Edison State College and a master's in public administration from Seton Hall University. He holds a post-graduate certificate in nonprofit and governmental leadership from Fairleigh Dickinson University and is a graduate of the FBI National Academy.